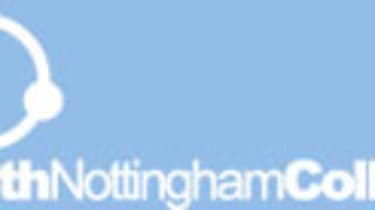 South Nottingham College has managed to save 70 per cent on calls and attract more students with its high-speed network.

Using an ntl: Telewest Business high-speed 100mb Ethernet network, the college has now rolled out a fast broadband connection across campus and deployed IP telephony (IPT), said Keith Baker, estates and facilities manager of the college, which offers programmes for over 19,000 students over the age of 14 across five centres.

"100 mb will solve all your problems for the next 10 years," Baker said he told the college's administrators. "That's a huge amount of highway."

Two years ago, the college, which is well known for its Charnwood arts and design centre, was becoming well known for something else - antiquated, failing networks. According to Baker, the local students' union started to complain to the college's administration. "We were losing students because of IT," he said. "The students' union used to complain all the time about computers and networks, but we've had no problems in the past 20 months."

Now, students can access the network anywhere on campus. from secure broadband access, fast and efficient access to information and the ability to transfer large voice, video and data files.

The system hasn't cost the school, either. Before the network, the school had 600 lines going out - and had to pay for each. Now, all internal calls run over the network - for virtually no cost - and external calls are routed through 50 lines. "So we only pay rent on those lines, rather than 600," said Baker. "It's quite a good concept... the complete system was paid for in six months."

"It's meant it could reduce our budget - kind of hoped they wouldn't do that, but that money will go back for students," he said, adding the school cut his budget by 50,000.

The phone system has benefits other than cost savings, as it's helped with enrolment, too. Before the network, students wanting to enrol had to call up a dedicated call centre, and were often held waiting. Now, during busy times, if a would-be student calls up and can't get through to the call centre, their call is forwarded automatically to any college staff member. A special code comes up on their phone display, alerting the college employee that it's a call about enrolment, meaning no calls are missed.

"Last year, we lost no business... in fact, we were over-full," said Baker. "We maxed out everywhere, all the rooms were full. The main reason we were full to the top is communication."

An added bonus is how easy the system is to expand. The college is adding a new building to its campus. Once the network is expanded to include that building, then calling will take just minutes to setup, Baker said.