If you've rooted your Android device, here’s how to get everything back to normal 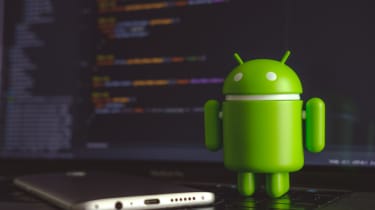 To the uninitiated, you're either tied into Apple's ecosystem with iOS or, if you don't own an iPhone, you're on Android. But, there are other operating systems in the world and if you aren't happy with Google's famous mobile OS, you can remove it from your handset.

Although Android is the most popular OS in the world, accounting for a massive 61.8% of smartphones in the UK alone, there is life beyond it, albeit a very niche one. You can install Plasma Mobile, Pure OS, Lune OS and many other lesser-known alternatives.

Luckily, for those that want to ditch Android, it's based on open-source software, meaning you can have root access to the Android operating system code. This can give you certain privileges to modify the software code on your device, or even install other software that the manufacturer wouldn't normally allow.

However, removing it is not for the faint-hearted – or novices – as it is a complex process. There are a few different methods and the one you use will depend on your device and the version of Android it is running. It is best practice to back up all of your data because uprooting will wipe your phone clean.

ES File Explorer is software for managing data on Android. It has a host of tools to do the job and very few people seem to realise that it can be used to unroot Android from a device. The best thing is it's free to download.

Firstly, download the ES File Explorer tool from the Google Play Store. Once launched, you'll be shown a long list of functions the app can perform. Ignore these, and select the menu drop-down at the top left.

Scroll down this menu until you see options with button sliders, some on and some off. One of these will be the Root Explorer option (off by default) - switch this on and it will ask for root privileges.

Back on the main screen of the app, hit the box with the storage information at the top of the screen and locate the device's root folder - this will typically be in "system" | "bin". Find and delete both the "su" and "busybox" files.

Now head back to the main screen, hit the storage info box again and this time look for the "app" folder. In here you want to delete a file labelled "superuser.apk".

Once that's done, you can restart your device. Once it boots back up, your device should be unrooted and back to its original state.

One of the most popular methods to root and unroot an Android device is SuperSU.

If your device is already rooted, chances are that you have this installed on it already. If you don't, it is easy enough to go to the Google Play Store and download it.

When this is installed, launch the app and tap on the Settings tab. Scroll down the page until you see an option called "Full unroot", then tap on this. The app will then ask if you are sure you want to completely unroot the device. Tap continue.

Once this is done, the app will automatically close and you will need to restart the device. Once it has rebooted, you can uninstall SuperSU and your device will be unrooted once more.

Unlike the previous apps, a Universal Unroot will cost you (about 78p) but it is worth it if you have issues with other methods of uprooting. The app is pretty straight forward and will simply guide you through the uprooting process for your Android smartphone and or tablet.

However, this will also depend on your model of smartphone as some manufacturers have software that prevents it. Samsung Galaxy devices, for instance, have the company's Knox software pre-loaded, which blocks Universal Unroot. LG devices have eFuse software which is supposed to do the same.