How to become a Python developer

There are several ways, online and offline, to become a Python software developer 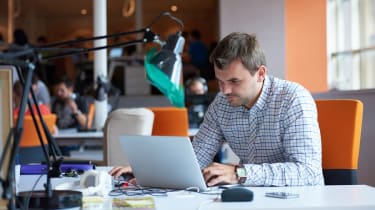 In the world of programming, Python is quickly rising in popularity. In 2020, Python ranked in third place among the top 10 popular programming languages, according to the TIOBE Programming Community Index.

Python is a well-designed language used in various fields. Additionally, it’s also the best language for beginners due to its focus on simplicity and clarity.

However, what makes this language even better is it’s the preferred choice for machine learning, data science and artificial intelligence because of its analytical capabilities and multiple libraries geared for these domains.

Python is so powerful that companies like Google, Spotify, Dropbox and Netflix use it, potentially paving a career path toward these innovative companies.

The Dropbox desktop client, as well as its server-side code, is entirely written in Python. On the other hand, Google uses a mixture of languages, but it uses Python for parts that require rapid delivery and maintenance.

What does a Python software developer do?

In a nutshell, a Python software developer uses Python as a programming language or code to create computer programs.

A Python software developer’s day-to-day job consists of working with analytics and data collection to provide insights to key decision-makers. You might also find yourself using Python to perform tasks like web development, web scraping, automation, scripting and data analysis.

How to become a Python software developer?

There are several ways to learn Python, and the most common way is by earning a computer science degree. In a C.S. degree program, you’ll learn web development languages like JavaScript, Python and Ruby.

If you already hold a bachelor's or master’s degree in another field and want to pursue a career as a Python software developer, consider a coding boot camp.

Let's take a closer look at what the C.S. degree and the coding boot camp entails.

The C.S. degree offers a well-rounded education for aspiring Python software developers, but you can also opt for a bachelor’s degree in software engineering or information science. In these majors, you’ll gain a foundation in mathematics and computer science that’ll help you develop a broader understanding of software architecture, programming and software testing.

On the positive side, a degree in coding is visible proof that you worked hard to learn how to code. Some companies make it mandatory that you hold a degree to be considered for a Python software developer position, but others are OK with just certifications and experience.

Oftentimes, hiring managers don’t look for a related degree. Instead, they ask for a portfolio featuring your Python skills and coding tests. According to Indeed, 89% of employers believe coding boot camp graduates are just as prepared or even more prepared than degree holders.

A coding boot camp is a technical training program that teaches students with little coding proficiency the skills they need to get a foot in the door. Students are taught the essentials of coding and how to apply these skills to solve real-world problems.

A coding boot camp’s goal is to help students transition into a coding career or software development by teaching them to build applications at a professional level.

For this reason, coding boot camps can be great for building a strong portfolio and learning the skills to ace employers’ coding tests.

Unlike C.S. degrees, coding boot camps tend to be on the inexpensive side and can help you get in-person guidance and additional resources. The average fee for coding boot camp ranges between $10,000 and $15,000. boot camps are also far shorter than earning a C.S. degree, as they typically take just 12-26 weeks.

In addition to preparing you for job interviews, joining a coding boot camp helps you build a portfolio containing the projects you worked on. You can present this portfolio to potential employers after completing the course.

Although a coding boot camp doesn’t offer you a degree, it does demonstrate you have an educational foundation to your coding experience.

While a degree provides you with an academic title after several years in school, certification courses award you a document stating you’ve completed a specific amount of training for a specific job. Thus, a Python certification demonstrates your engagement with Python and is a major boost to your resume.

The main differences between degree programs and certification programs are time and cost.

To earn a certificate, you must first gain experience in Python, which can take a few months to two years of coding in your spare time or attending a boot camp. Once you get this experience, you’re ready to take the exam. A degree takes two to four years, but you gain Python experience through coursework along the way.

As for costs, a degree can cost an average of $6,880-$129,640, depending on the type of school and program length, whereas a Python certificate exam costs just $59-$295, depending on the level. But, since you need the hands-on experience to pass the exam, you may have to tack up to $15,000 onto that exam cost.

The core Python certifications to go for include:

The extra cost of a degree comes with some return, though. A degree provides individuals with a greater depth of knowledge than a certificate and teaches specific skills related to the career field through its noncoding cored classes.

How to get a job as a Python software developer?

If you’re already hunting for a job as a Python software developer or about to complete a coding boot camp, these tips will help accelerate your job search.

With the shortage of Python software developers, you might think landing a job is all about showing up and answering a few basic questions about Python. That’s unlikely to be the case. If you’re  looking to break into the Python developing space, here’s what you should do to prepare:

According to Indeed, the average Python software developer salary in the US is $119,054 per year or $56.77 per hour. Keep in mind that these averages include higher-paying regions and workers with years of experience.