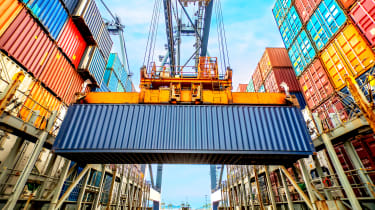 First developed by Google, Kubernetes – pronounced koo-ber-net-ees – is a platform grounded in open source principles that’s deployed for managing Linux-based containerised services and workloads. This open source project, which automates application deployment, was initially designed by Google in 2014, before it branched off into a separate entity managed by the Cloud Native Computing Foundation.

It’s crucial to understand containerisation first, however, before trying to get your head around Kubernetes. Containerisation, the process of running apps and services in isolated environments, may sound like a straightforward concept, but the underlying processes render this a much more complex undertaking.

All of the elements that create an app – from runtimes, config files, libraries and runtimes – are merged in one place, known as a container. Since all the dependencies are in a single location, the container itself can be taken and moved from location to location without anything being affected. The container, for example, can be moved from an on-prem to a cloud environment, and the other way around, without taking a hit to performance.

The true power of containers is that they be linked up together, even if these containers aren’t in the exact same location. This is because these entities can communicate with one another across environments to create a complete application without having to employ a single virtualised environment or operating system.

This is an increasingly popular form of software deployment, particularly in recent years, but has also proven itself to be increasingly complex, especially with businesses that wish to deploy multiple containers across several machines – both physical and virtual machines. Manual processing may be required, as well as continuous management that deploying multiple containers demands.

This may not be such a significant barrier when engaging in containerisation on a simple level, but as development scales-up, several containerised applications may be needed to work in tandem to power a business’ services. When containerisation becomes this complex, the number of containers may grow exponentially and become impossible to manage.

Kubernetes seeks to eliminate this. Originally developed by a team at Google, a company that today has everything running in containers, Kubernetes acts as an orchestration tool, giving users an overview of their container deployments. This makes it far easier to operate generally as well as making it possible to have hybrid, public and private cloud containers running simultaneously.

The problems with infrastructure monitoring in the age of Kubernetes

Kubernetes has a bunch of tools that make all of this possible, including the option to sort containers into groups, or 'pods', which then makes it easier to serve the applications with the necessary infrastructure, such as storage and networking capabilities. It handles a lot of the optimisation work so that businesses can focus on what they want their services to achieve, rather than the worry about whether apps are talking to each other.

It's also able to optimise your hardware to ensure the correct amount of resources are being applied to each application, and add or remove resources depending on whether you want to scale up or down. Automated health checks also mean that errors can be corrected without human intervention, and it also has provisions to roll out updates to containers without downtime.

Perhaps the most important thing is that Kubernetes is not tied to a specific environment and it can operate regardless of where your containers are, whether that's in a public cloud, private, a virtualised system, or even a single laptop, and even combine all of these together.

“Much like Java, two decades ago, Kubernetes is a rare technology that brings everyone together,” he said.

Google would eventually donate the Kubernetes platform to the Cloud Native Computing Foundation in 2015, releasing it into the open source community to be used freely by anyone.

Although it primarily works with Docker, a program that builds containers, Kubernetes will work with any platform that conforms to the Open Container Initiative (OCI) standards that define container formats. (Note: Docker has some higher-level orchestration tools that essentially perform the same functions as Kubernetes).

As Kubernetes is an open-source technology, there's no single service available with dedicated support. The technology has essentially been adapted by various vendors into their own flavours, whether that's Google, Amazon Web Services, or Red Hat, and choosing one will depend on the services you currently use, or want as part of a contract.

Other providers include Docker, Canonical, CoreOS, Mirantis, and Rancher Labs. The latter was recently acquired by German-based Linux distribution company SUSE in a deal thought to be worth between $600 million to $700 million.

Rancher Labs, founded in 2014 and currently employing more than 200 people, provides open-source software that allows organisations to deploy and manage Kubernetes at scale.

In order to fully understand Kubernetes, you need to learn the vernacular that comes with it.

Let's start at the top. Kubernetes is deployed in a 'cluster' – this is a collective term referring to both the group of machines that are running the platform and the containers that are managed by them.

Within each cluster there are multiple 'nodes' – these are the normally the machines that the containers are running on, whether that's virtualised or physical, and multiple containers may be hosted on a single node (with each container hosting an application).

Each 'cluster' must always have a 'master', which acts like a management window from which admins can interact with the cluster. This includes scheduling and deploying new containers within the nodes.

Nodes are responsible for creating 'pods' – the term given to an instance of an application that's running within the cluster, usually involving multiple containers. This means that users are able to visualise all the individual containers supporting an application as a single entity.

Pods can be best thought of as the basic building block within Kubernetes, and are created based on the needs of the user.

As containerisation has become the norm for app deployment, demand has naturally increased for those skilled in Kubernetes.

According to recent research by IT Jobs Watch, demand has surged by a staggering 752% over the past two years, making it one of the top 250 most sought-after roles in the industry.

IBM recently caused a stir when it posted a job advert calling for 12-years of Kubernetes experience, despite the system only being in existence for six years.

The ad asked for a "minimum" of 12 years experience in Kubernetes, with "hands-on" experience setting up Kubernetes platforms, deploying microservices and other web applications and managing secure secrets along with container orchestration.

The first GitHub post about Kubernetes was made on 7 June 2014.