What is 4D printing? 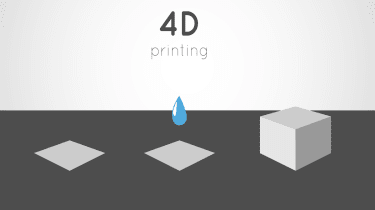 Many are familiar with 3D printing, the process whereby digital blueprints are made into physical objects by building them layer by layer. However, add just a few simple changes to this process and you have 4D printing, which produces things that change, grow and adapt post-production.

4D printing enables these objects to change shape after they've been built by using special materials and specific designs. This means 4D printed objects can change when exposed to water, heat, wind or any other form of energy.

It sounds like a futuristic concept, but there are laboratory teams already running experiments with the technology. Where a 3D printing process will build something in layers, the 4D version will add a geometric code that informs the angles and dimensions of the object it builds. When an element is added, the object will contort to this predefined manner or state.

It's similar to metal expanding when exposed to heat, only 4D printing replicates the same process with a range of stimuli, such as pressure, vibrations or even sound.

A composite polymer reacting to being submerged in water

Unlike 3D printing, however, 4D printers don't currently exist, but that might not be the case for long.

Although the techniques used to print in 4D is similar to 3D printing methods, it's the materials that make them so unique. A great example of this is using a shape memory alloy, printed using a 3D printer, but when it's exposed to a change in temperature (wither significantly higher or lower), it will change significantly.

Electroactive polymers can also be used to produce some amazing creations. These are either liquids or gasses that can become a totally different medium with new properties when exposed to certain light sources, wavelengths or humidity levels. Although the manner in which they're printed is the same as 3D methods, the conditions may require careful regulation.

One of the innovative things about 4D printing is that materials with different properties can be layered to create an entirely different medium. Known as Stereolithography, this adds a completely new dimension to 3D printed goods. For example, one layer could react to one kind of light, while the next layer remains unchanged. This could, potentially, allow the object to move in a particular way as one layer changes shape and the other doesn't.

Stress relaxation can also be used to print 4D materials. During the printing process, the materials are put under stress that is then stored in the finished product. When this stress is released due to changing environmental conditions, the object will change.

What 4D printing could be used for

Here is arguably where 4D printing is most exciting because its use cases are so varied, particularly within the medical field. For example, bioprinting, which uses stem cells printed on a surface that can be cultured and then transformed over time to become a living thing, could potentially be very effective for developing human skin for cosmetic testing.

Another use, one that is probably closer to becoming mainstream is 4D print prosthetic limbs that can change according to touch. 3D printed limbs are already a thing, but the extra changeable dimension of 4D could revolutionise this process. 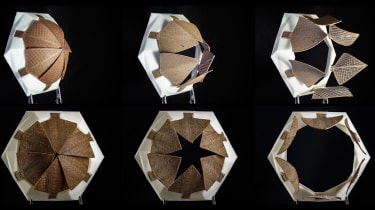 4D printing could also be used to produce "medication" that changes according to bodily conditions; for example, its effects could be triggered when it hits stomach acid, or when the body's temperature causes it to change. Stents that open up blood vessels when they reach their final destination are also a potential application.

Another possible use for 4D printing is using magnetic fields to stiffen and loosen a material. For example, a lattice could be printed with particles that when exposed to a magnetic field move closer together and either change shape or stiffen.

When that force is removed, the object returns to its natural, flexible state. It could be used for neck braces or helmets in combat situations, for soft robots, or perhaps integrated into car seats that can harden when an impact is detected to protect a passenger's neck.

Examples of 4D printing that have already been developed include water valves, printed from hydrogen, shoes that change and mould themselves around your feet and weather adaptive clothing.

In the future, it's believed that 4D printing could potentially be used on vehicles, such as an aircraft, adding an outer layer when it reaches a certain air temperature.