What is the Computer Misuse Act?

If your computer systems are attacked, is the law effective enough to put those criminals behind bars? 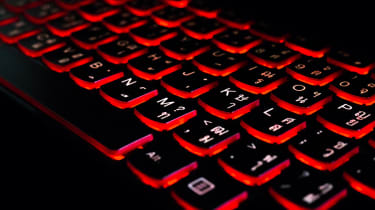 With the rise of personal computing devices in the 1980s and their increased prominence in businesses, lawmakers drafted fresh rules that aimed to protect the information increasingly on these machines.

The Computer Misuse Act (CMA) 1990 is a key piece of legislation that criminalises the act of accessing or modifying data stored on a computer system without appropriate consent or permission. It was devised after the Regina v Gold and Schifreen case of 1987, in which two hackers remotely accessed BT’s Prestel service at a trade show using the credentials of a BT engineer.

The two defendants, Robert Schifreen and Stephen Gold used a technique known as shoulder surfing to ascertain these credentials, and eventually hunted down the email account of the Duke of Edinburgh, Prince Philip, once they had infiltrated the Prestel system.

BT had noticed odd behaviour on the account they were using, and began monitoring this activity, before passing their intelligence to the police. They were convicted under the Forgery and Counterfeiting Act 1981, but this was overturned on appeal based on the fact they hadn't tried to profit from their activity.

It became abundantly clear in light of this whole affair that the expanding digital landscape demanded additional legislation to better help law enforcement keep digitally-accessible information safe and secure. Since its introduction, the CMA 1990 has been updated several times to reflect continuous changes to the cyber landscape, most recently in 2015.

There are three levels of penalty if you are prosecuted under the Computer Misuse Act and they are applied according to the crime and severity of the act.

The lowest-level of penalty is applied if you are found guilty of gaining access to a computer without permission (or officially known as "unauthorised access to a computer"). This crime holds a penalty of up to two years in prison and a 5,000 fine.

If you gain access to a computer without permission in order to steal data or take part in another crime, such as using that data to commit fraud, you will receive a sentence of up to 10 years in prison and can receive a fine of unlimited amounts, depending on the severity of the crime and damaged caused although it can be difficult to prove intent in this case.

If you modify the content of a computer or provide the tools so others can do so for example, if you distribute malware with the intent to destroy or change the contents of a computer you can receive a prison sentence of up to ten years alongside an unlimited fine.

If this potential damage extends to causing harm to human welfare or puts national security at risk, the sentence could be up to life imprisonment.

The idea of a Computer Misuse Act was first proposed at a time when computers were a rarity in public life. Under its initial iteration, what was considered a malicious act was quite narrowly defined, largely because the ways in which you could cause harm were also fairly limited.

However, the rise of the digital age over the past 20 years has meant the act has been reshaped to respond to a growing variety of threats and potential avenues for harm. That not only includes the various attack methods that criminals can now deploy, but also the act of preparing for an attack is now considered malicious.

For example, section 37 of the Police and Justice Act of 2006 is one of a number of provisions to be inserted into the Computer Misuse Act over the years. This particular section, known as 3A, stipulates that making, supplying or obtaining any articles for use in a malicious act using a computer is classified as criminal activity.

That means that ownership of any hacking tools or exploit kits could be considered illegal under the act, even if they are used by legitimate white hat hackers to support organisations although it's likely a judge would take into account how the tools were being used.

In 2015, the Computer Misuse Act was amended again, thanks to the newly minted Serious Crime Act. Part 2 of the new act focused specifically on computer misuse and introduced three changes to the 1990 law in the form of Section 3ZA. Specifically, the amendments created a new offence of unauthorised acts causing serious damage, brought the EU Directive on Attacks against Information Systems into law in the UK, and clarified the "savings" provision that protects law enforcement from prosecution if they broke into or modified a computer in the course of a criminal investigation.

In a fact sheet, the government stated that the new offence of unauthorised acts causing serious damage "addresses the most serious cyber attacks, for example those on essential systems controlling power supply, communications, food or fuel distribution". This is the kind of attack that might more colloquially fall under the heading of cyber warfare or cyber terrorism.

The rationale given for the inclusion of this provision is that the most serious crime previously covered by the act was a section 3 offence unauthorised access to impair the operation of a computer which carried a maximum penalty of 10 years. This, the government said, " did not sufficiently reflect the level of personal and economic harm that a major cyber attack on critical systems could cause".

The changes made in regard to the EU Directive on Attacks against Information Systems were primarily focused on extending extraterritorial jurisdiction, making it easier to prosecute a cyber criminal using the UK as a base -- even if they weren't physically located here and also allowing the police and Crown Prosecution Service to pursue and prosecute UK residents for cyber crimes committed abroad.

The final provision was far more controversial. In the words of the government, the changes were made "to remove any ambiguity for the lawful use of powers to investigate crime (for example under Part 3 of the Police Act 1997) and the interaction of those powers with the offences in the 1990 Act".

"The changes do not extend law enforcement agencies' powers but merely clarify the use of existing powers (derived from other enactments, wherever exercised) in the context of the offences in the 1990 Act," is added.

However, civil rights groups, including Privacy International, have contended that the changes are too broad, as they give complete exemption under the law to police and spy agencies such as GCHQ. A case in the European Court of Human Rights brought by Privacy International and five other applicants against the UK is ongoing.

Is the Computer Misuse Act fit for purpose?

There have been calls to reform or scrap the Computer Misuse Act in recent years, with many security researchers and law enforcement professionals calling into question its ability to cope with the complexities of modern day computing.

Although many point to the act’s fairly anaemic record for supporting criminal investigations, with less than 1% of computer hacking offences investigated in the UK in 2019 resulting in prosecution, much of the criticism falls on the act’s limited definitions and inability to distinguish between criminal and ethical hacking.

The definition of ‘computer’ is outdated

Perhaps the most obvious complaint is that the act does not accommodate for recent innovations in computing, representing a time when a computer mainly referred to a desktop PC.

“The Computer Misuse Act 1990 contains a number of issues that apply subjectivity when objectivity should be the test,” argues Tim Mackey, principal security strategist at the Synopsys Cybersecurity Research Centre. “The term “computer” isn’t defined and the contemporary definition of “computer” has likely shifted in the intervening thirty years.”

This lack of clear definition creates a “grey area”, adds Mackey, where prosecutors are forced to apply the act based on subjective interpretation, rather than objective fact.

“This can lead to interesting scenarios which would question whether a smartphone, nanny-cam, WiFi-connected dishwasher or CCTV system are in fact computers – despite the reality that each of these devices often runs a general purpose operating system, is connected to a network, and runs software at the behest of its user.”

The understanding of cyber crime is outdated

Another area that most seem to agree on is that the nature of cyber crime has evolved beyond the scope of the CMA.

“The types of crime the Act was originally designed to fight are actually decreasing – but new threats are emerging seemingly every month,” says Peter Yapp, Partner at law firm Schillings and former Deputy Director of the UK’s National Cybersecurity Centre. “For example, hacking for extortion has nearly doubled over the past year while virus/malware reports have dropped. This underlines one of the main shortfalls of the Act – the evolution of using computers to commit fraud to the computer becoming the main conduit for fraud.”

The subjective interpretation of the act ultimately creates friction between law enforcement and security researchers, with some arguing that judges often appear to misunderstand the wider issues facing the industry.

“In essence, the Act isn’t working for cybersecurity practitioners, law enforcement officers, the Crown Prosecution Office and the Courts,” adds Yapp. “Even more worryingly, judges don’t seem to understand the issues. For example, Southwark Crown Court is supposedly a specialist fraud centre that deals with the majority of the serious and major fraud cases in England and Wales, but its level of understanding around computer crime isn’t sufficient to facilitate any significant number of successful prosecutions. The police have dedicated many more resources to this area over the past five years, but until every police officer understands cybercrime, we will be playing catch up.”

Richard Millett, cyber security training lead at Firebrand Training and regular cyber security advisor for police forces across the UK, explains that many cyber crime cases are instead tried under other legislation, such as fraud and theft, not only because of a lack of definitions but also because much tougher penalties can be issued as a result.

“If you look at the tariffs for the various sections under the [Computer Misuse] act you see that the penalties defined do not match the severity of some of the offences that have been committed.” says Millett. “It is only when you look at section 3za which covers “causing or creating risk of serious damage” do you see tariffs of “imprisonment for life”. The financial and economic damage that has been inflicted by some individuals is not reflected in the penalties that have been applied, running into millions in many cases.”

Ethical hacking is technically illegal under the act

The most difficult challenge facing cyber security researchers trying to operate within the scope of the act is its failure to distinguish between criminal and ethical hacking.

As Rob Shooter, head of technology of law firm Fieldfisher explained to IT Pro, many in the industry believe that the hacking offences under the CMA are too “broad brush”, making it technically impossible for cyber security researchers to perform ethical hacking against cyber criminals.

The main problem is that the act makes it illegal to access a computer system without consent, regardless of the system involved. Technically, this means that functions performed by researchers to analyse potential threats, whether that’s scanning, file interrogation, or interaction with compromised systems, are illegal unless they have gained consent from both the victim and perpetrator of the crime.

Although this technicality may limit the actions of ethical hacking, or may leave some wary about potential prosecution, Yapp adds that he is unaware of any cases involving UK researchers being sanctioned by law enforcement because of their work.

Egregor ransomware could take up where Maze left off

Egregor ransomware could take up where Maze left off