Hoping to beat Samsung to the punch, Microsoft is reportedly pushing up its release date 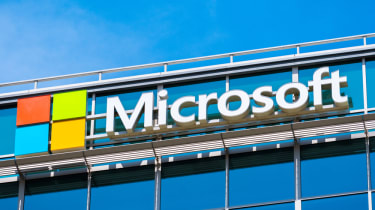 Microsoft is reportedly planning to launch its first dual-screen device, the Surface Duo, as soon as July.

The smartphone world was recently introduced to foldable smartphones. The Samsung Galaxy Z Flip, Samsung Galaxy Fold, and the Huawei Mate X are some examples. Microsoft is looking to do something different with the Surface Duo, which instead of having a glitch-prone foldable screen, will sport two separate displays.

Windows Central’s Zac Bowden tweeted on June 12 that he’d been told Microsoft wanted to push up the launch of its dual-screen phone in order to beat its competitors' next-generation devices to market.

Samsung currently has an August 2 release date planned for its Galaxy Fold 2 smartphone.

The Surface Duo, which was first shown off in October last year, will be an Android phone that opens like a book. Each screen will be 5.6 inches, and the phone will come with a stylus and up to 256 GB of internal storage.

Part phone, part tablet, the Microsoft website claims the “Surface Duo brings together the best of Microsoft and Android to reimagine productivity on the go.”

The website also states the Surface Duo will arriving this holiday season, but it could be that this hasn't been updated since Microsoft changed its launch plans.

Bowden isn't the only one that has heard about a potentially imminent launch. Windows Central reported in February that Microsoft wants to launch the Surface Duo in the summer because "both the hardware and software are pretty much done."

Microsoft is expected to make an announcement within the next few weeks.

Chrome vs Firefox vs Microsoft Edge

Chrome vs Firefox vs Microsoft Edge